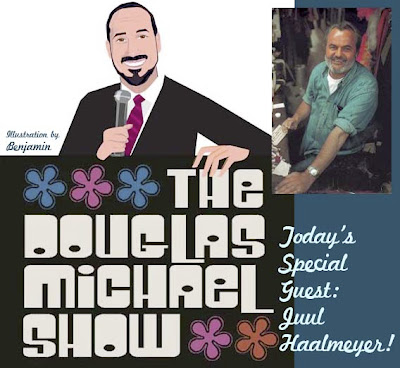 SECOND CITY TELEVSION or SCTV in all it’s incarnations (in syndication, on NBC and on Cinemax) is remembered as one of the funniest TV series of all time. 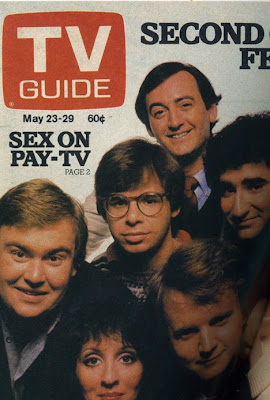 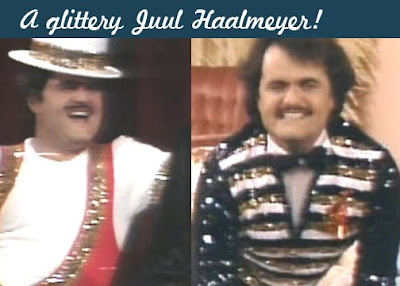 Juul Haalmeyer was SCTV's resident costume designer, who was also featured on the show as the choreographer of Melonville's top dance troupe, the Juul Haalmeyer Dancers, a pathetically incompetent ensemble of variety show dancers made up mostly of writers and crew on SCTV. I consider Juul one of my comedy heroes and a unsung TV legend!!! 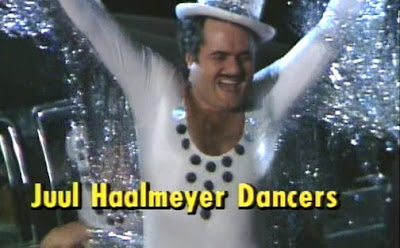 Over the years, Juul also worked as a costume designer for many movies, TV shows, theatre and concert productions. He's done all the classics from ALL MY SONS to LONG DAYS JOURNEY INTO NIGHT, his designs have dressed everyone from Jack Lemmon to Alice Cooper, from Shari Lewis to Jethro Tull, from Dolly Parton to Anne Murray, from Bobby Vinton to Bobby Bittman! It is with great honor that I welcome my guest, Juul Haalmeyer!!! 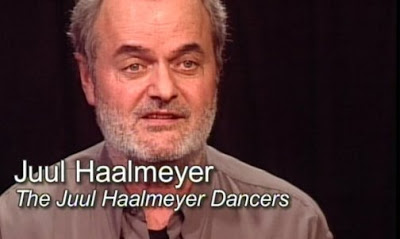 DOUG: Hi Juul, first of all let me say thank you for all the laughter you and the folks at SCTV have given me over the years. The show is a true classic. I watched it from the very first episode (on WOR TV channel 9 in New York) to the very last Cinemax episode. In fact I subscribed to Cinemax just to watch SCTV! Now exactly when did you join the show?

JUUL: Well, unfortunately I didn’t do the first season because there just wasn’t enough money; and I thought that there was way too much material to get out per week for me to be able to handle. It just looked too scary and daunting and I thought I’m not going to kill myself over a show! That’s my biggest regret with SCTV because it did turn out to be the most rewarding and enjoyable experience of my career. 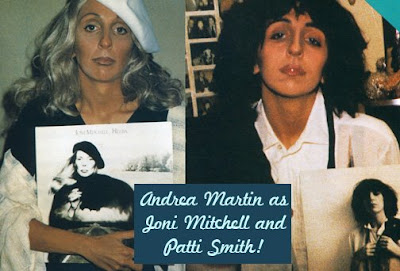 DOUG: Well, thankfully you we able to join the show for season 2. 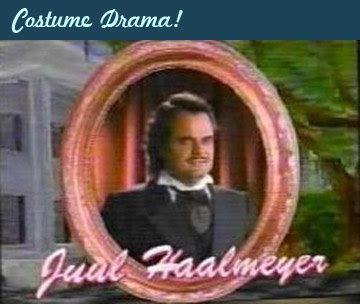 I read somewhere that it took 100 hours a week to make one of the 90-minute NBC shows. Is that true?

JUUL :Yes it did, and sometimes more. It was a real slog, and after each three month cycle, you just had to scrape yourself off the floor and pray the next cycle would be easier. But it never was; it just kept growing bigger! 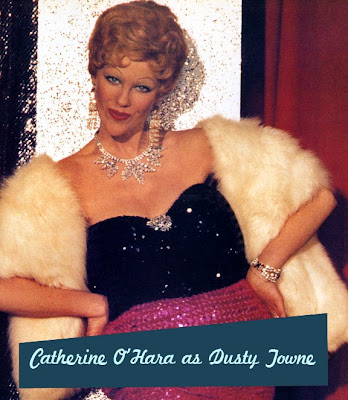 DOUG: Bigger and BETTER-If you ask me! So who was your favorite character or player to design for?

JUUL: ALL OF THEM! The cast of course were all very special people and each one of their characters were very endearing. The challenge came in the situations they wrote for themselves as to how complicated the sketch would become from a wardrobe point of view. 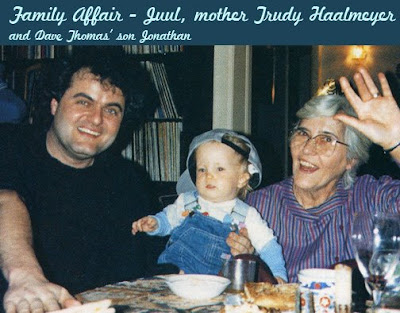 Could not have done it without the incredible help of Luigi, the head cutter at Malabar costumes, Eva Richter, who always had an impossible shopping list, and my mother, Trudy Haalmeyer, who cut and sewed everything on set. 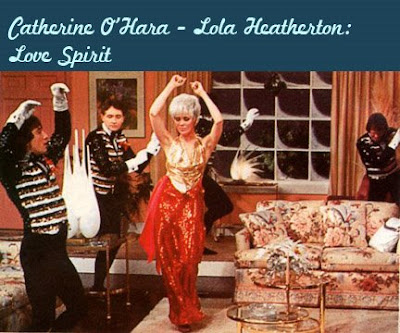 DOUG: With all the crazy folks that passed through the doors of SCTV - was there any character that stands out as being the most creatively challenging? 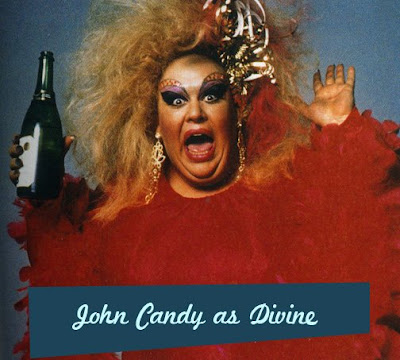 I somehow think John Candy as Divine must have been a case where you had to top what the real Divine was already wearing!

JUUL: Again, it was my support staff that saved my ass on everything; whether it was "Shake and Bake" (twenty nine period costumes in primary colours in three days)

or Edith Prickley as Queen Elizabeth (the first with two days notice), 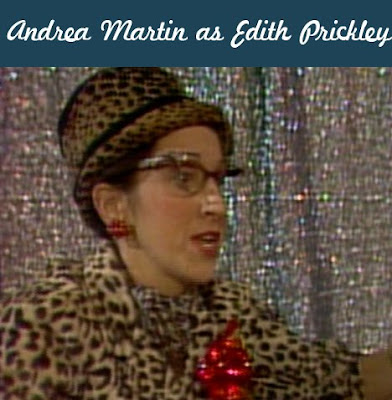 Divine as Peter Pan, or Divine On Ice; You name it! 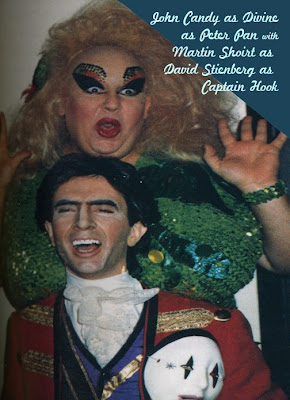 The challenge was always the time frame within which we had to get it together, and again, my team deserves all of the credit.

DOUG: That Divine On Ice number - Santa Bring My Baby Back to Me is still one of the most hysterical things I've ever seen. And you and the boys are featured prominently in that segment. So, how did the Juul Haalmeyer dancers come about? 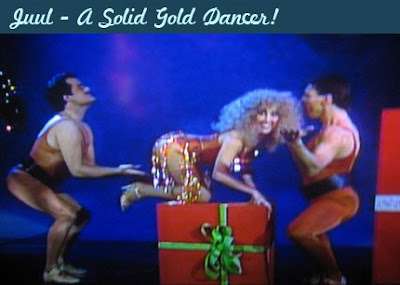 JUUL: Well, you can’t hire people to be as bad as we were, so when Lola Heatherton needed dancers she (Catherine O'Hara) remembered that I had done musical theater. But they would let me sing, turn the light off, and yank me offstage, because I just didn’t move well, as you’ve seen. 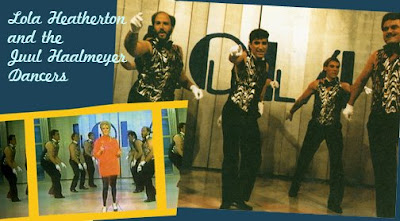 It became a group of writers, sometimes cast, grips, propmen, whoever was available that day. God, it was fun though. Nice to know that anytime you need a bad actor, loud singer, or really lousy dancer, you can depend on someone on your crew to come through! Voila! 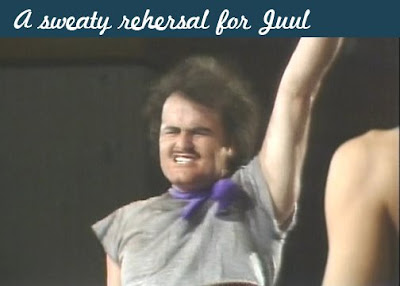 DOUG : Did you ever have any formal dance training?

JUUL: What are you smokin' dude?????? Of course not! I did take a Dancercise class one year to get some excess poundage off, which worked, at The Roland and Romaine Academy of Dance, 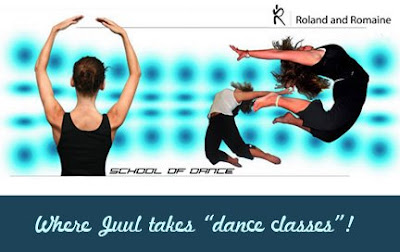 but they always made me move to the back of the class because I always farted with the first bend down in the warmups!
DOUG: That's hysterical. What makes you think I was smoking something while watching SCTV? LOL. It's great that people all over the world are rediscovering the magic of Juul Haalmeyer! 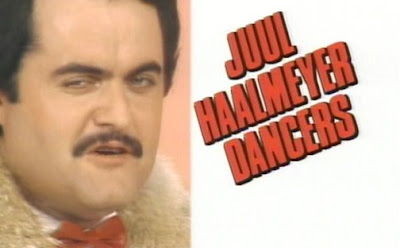 JUUL: I'm on Facebook now (I had never heard of it before), and guess what turned up? A Juul Haalmeyer Dancer fan club based in ICELAND! I hope they're not just now getting SCTV! 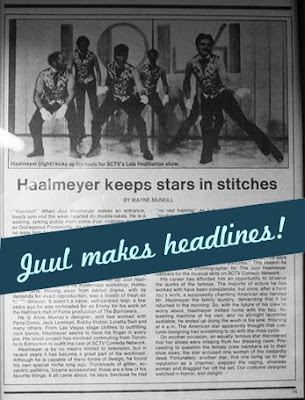 I have gotten more notoriety from the bad dancing than anything I have ever done as a costume designer in the last 40 years. 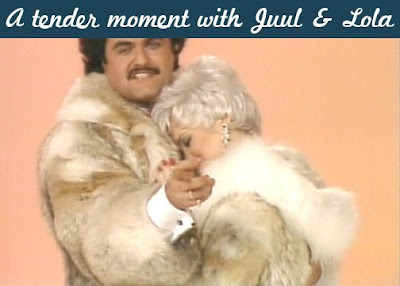 DOUG: Iceland! How cool is that? Do you keep in touch with any of the cast members?

JUUL: Not really. It was great to see all of them at a very generous 'Benefit of Laughter' reunion show they did last year to set up an SCTV alumni fund for ailing participants of the show. I did get to work on the Disney film COOL RUNNINGS (1993) with John–which was a real privilege and an absolute blast. Ten weeks of poker and dominos in the sun! 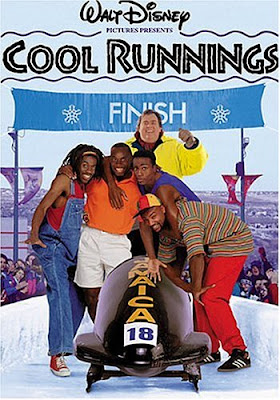 DOUG: Aside from the charity performance, do you think there would ever be a SCTV REUNION SPECIAL? And if so, would the Dancers come out of retirement?

JUUL: I don’t think that’s in the cards, with everyone’s careers as diverse as they are, but it would be nice. As for the dancers, I don’t think we can get enough day passes issued out of retirement homes at the same time to let all of the dancers come together again! Although I hear that Ellen Degeneres wants to challenge us to a Dance Off!

DOUG: LOL - I'd love to see you and Ellen go at it! So, what have you been up to since SCTV left the air? Are you still doing wardrobe these days?

JUUL: In a way. I still have my costume company, Homemade Tarts, and I rent out vintage clothing to the movies, but I don’t do any designing anymore; couldn’t handle the stress of it all.

Back in those days they were all wonderful people to work for who appreciated your craft, but now the shows are mostly in the hands of bean counters, who just want to get it done as cheaply as possible, to heck with creativity. I stopped about nine years ago after I won an Emmy for NODDY AND FRIENDS, a childrens show for PBS. 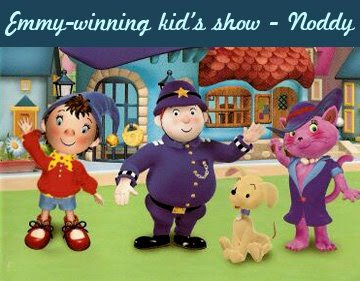 DOUG: That's awesome. Belated congratulations on that Emmy! And lastly, is there any truth to the internet rumor that you are going to be on DANCING WITH THE STARS?


JUUL: Ha Ha! That was a very clever and funny piece someone posted and I got over one hundred e-mails from people who actually believed it! Had a lot of fun with that one! Found the guy who wrote it and he’s just a big fan of the show.

DOUG : Well, you never know with internet rumors. Once something is out the in the universe, it could very well happen! Thanks again for being a guest and being so entertaining! 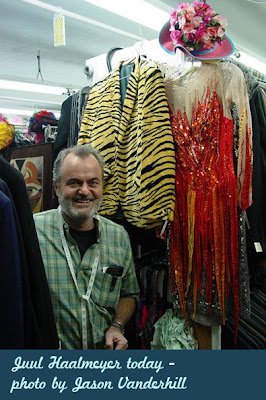 JUUL: Thank you, It’s been great talking with you!
Posted by Doug at 2:20 PM

Dear Douglas , thank you for this fab interview with Juul , the photos are excellant , and the comentary highly entertaining , I would love to see the Juul Haalmeyer Dancers back in the lime light , couldnt we try to make this happen ??? Sue Daly

I remember you when we worked at Ivy Lea Inn back in 1967! I've been by a couple of times during my travels. What changes. I have photos of all of us in our wait staff uniforms.

It is great to see all of your accomplishments.

Absolutely Fabulous! Thanks for this terrific interview. You can really feel the energy and joy of Juul (and the dancers and cast)! Gunnel