Here's a blast from the past... 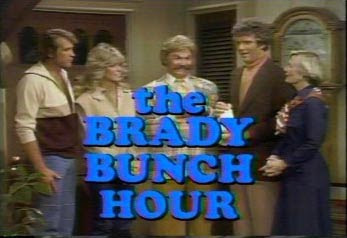 I'm a Brady buff from way back. I watched every version of the show RELIGIOUSLY. From the original run of the show on ABC Friday nights to the terrible BRADYS GO TO THE WHITE HOUSE TV-movie on Fox - if it had BRADY in the title, you can bet that I'd be there watching. 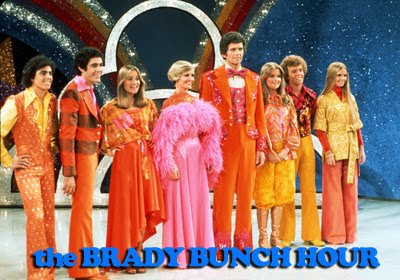 Somewhere in between Filmation's BRADY KIDS cartoon and the underrated BRADY BRIDES there was a little blip in the Bradyverse called THE BRADY BUNCH VARIETY HOUR. This surreal Sid and Marty Krofft concoction from 1976-77 was a glittering dream come true for this Brady fan - it had everything I loved about TV at the time. Bradys! Tight pants! Musical numbers! Synchronized swimming! Guest stars! Fake Jan! 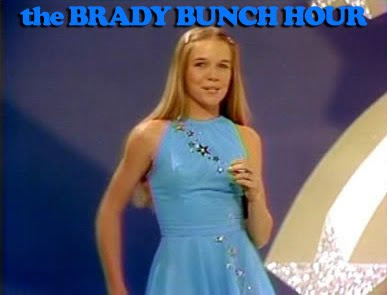 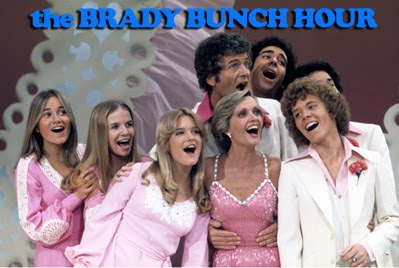 I recently had to opportunity to watch a 45-minute compilation of episodes that a co-worker at Warner Bros. had converted to DVD. This "best of" tape features everything that so great and horrible about the VARIETY HOUR all in one place. It features highlights (and lowlights) from the original special plus the 8 subsequent episodes. 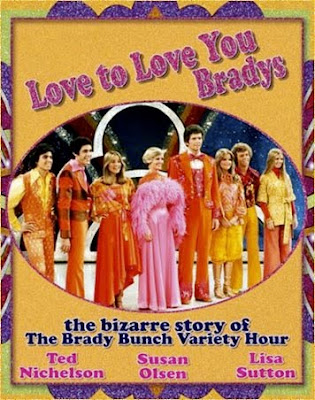 About a week after I watched this amazing DVD, I got an mind-blowing book, LOVE TO LOVE YOU BRADYS as a gift. This book details everything you would EVER want to know about the BRADY BUNCH VARIETY HOUR. Written by cast member Susan Olsen (Cindy) and co-author Ted Nichelson, this tome is a must-have for any serious Brady lover. 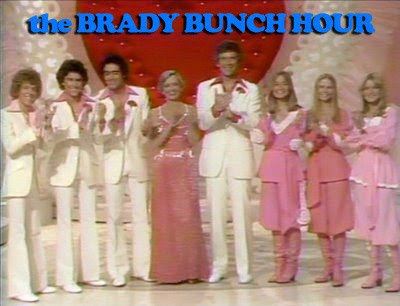 Behind-the-scenes dirt includes how musical theater veteran Florence Henderson (Mrs. Brady) took the show VERY seriously, how Barry Williams (Greg) thought he was going to be the star of the show, and how high on cocaine Maureen McCormick (Marcia, Marcia, Marcia) was during many of the tapings! 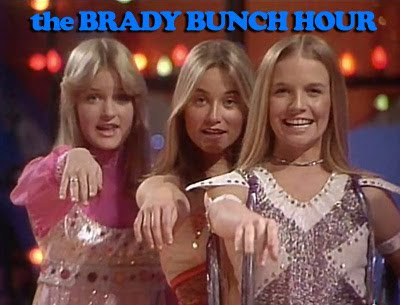 Other great stories include how they hid Robert Reed's lack of musical-comedy talent and how "special guest star" and devout Christian Ann B. Davis (Alice the maid) blatantly ignored her gay co-star Rip Taylor the minute when the camera wasn't rolling. 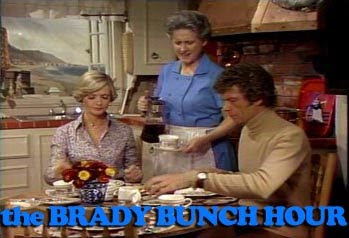 Ironically, a week after I got the book, another friend lent me a copy of the same compilation tape and I recently re-waatched it with other friends. It just gets better and better. 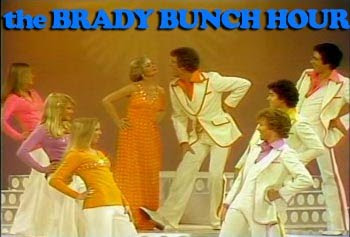 Sure, the show made no sense in the Brady universe - why on Earth would an architect and his family host a variety show??? 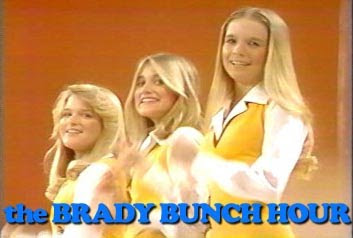 It was named the worst variety show in the history of television in the book BAD TV, by Craig Nelson and TV GUIDE once crowned it the 4th Worst Show of All-time, but that just makes me love it and the Bradys even more. In addition to the book, check out this groovy website. 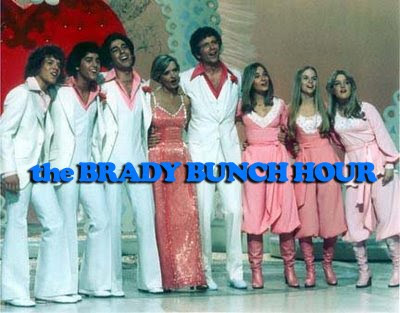 "The Simpson Family Smile-Time Variety Hour" was a brilliant parody. Just like Jan in "The Brady Bunch Variety Hour", Lisa Simpson was replaced by another "actress"!

(It was a segment of the 8th season episode "The Simpsons Spin-Off Showcase".)