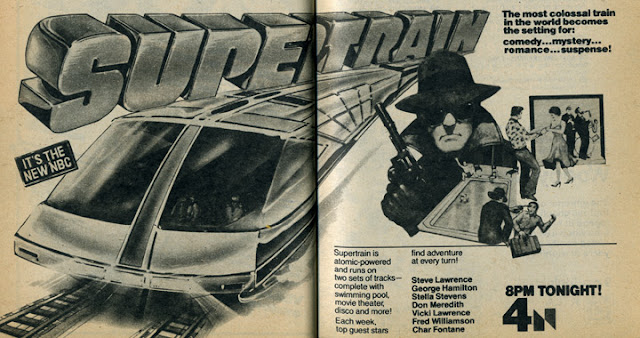 In the past few seasons NBC has brought back both BIONIC WOMAN and KNIGHT RIDER, which forced me to recall the another terrible NBC show about a futuristic vehicle–SUPERTRAIN! A failed attempt by the peacock network to launch it's own LOVE BOAT-type franchise, SUPERTRAIN is one of the most critically lambasted TV shows ever. While the train itself was mighty impressive (There was a disco and a swimming pool on board!), the series lacked several things that viewers were looking for at the time - big name guest stars and comedy. 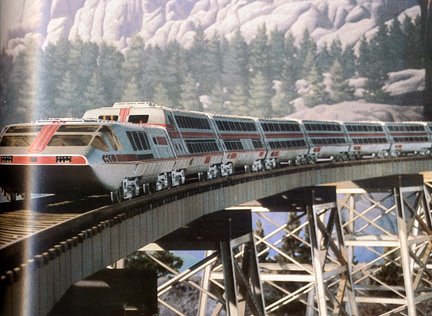 SUPERTRAIN premiered February 7, 1979 at 8PM and limped along for a few weeks before it was "retooled" and rescheduled to air in more "adult" the Saturday 10PM slot. I remember watching it a few times and thinking that it really sucked, excepted for the train. I always hoped that it would at least stay on the air long enough to inspire a cool line of toys. That never happened, in total, only 9 episodes aired. 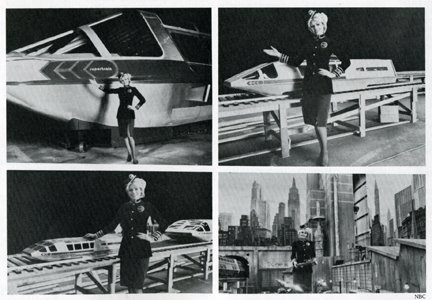 Well, maybe NBC will revisit the concept since they seem to have been mining the NBC archives with revivals for the past few seasons (BATTLESTAR GALACTICA, THE BIONIC WOMAN, AMERICAN GLADIATORS, KNIGHT RIDER). With V turning up as a revival on ABC, Can SUPERTRAIN be that far behind? Thanks to Tony Cook for posting some great SUPERTRAIN clips on YouTube .
Posted by Doug at 8:00 AM

Have I told you lately that I love you? I don't remember Supertrain but now I wish I had. Are you sure this wasn't somehow linked to The Big Big Bus?

We over at A Touch Of Tuesday Weld would like to cast our vote for Hello Larry as the worst television show of all time, and it gets bonus points for being a prominent member of the dismal NBC Autumn 1979 lineup.

And a cast member that was in the 1980 classic Little Darlings, too.

p.s. I am going to feature your blog on my blog. Probably in my Sonseed post. I wasn't aware of your love of Sonseed.

Hi Thalia - I LOVE your blog!

HELLO LARRY is definitely up there on the "Worst TV Show Ever?" list. I was planning on covering it soon.

So far, I've featured CHICKEN SOUP and SMALL WONDER - with lots more on the way.

Thanks for visiting & linking!

THE BIG BUS is an old favorite of mine - I mean the legendary Ruth Gordon telling somebody that they "look like you just got kicked in the nuts" - priceless!

I may have to rent & review it here!

Now with CGI rather than models, this would be much more economical to produce. Probably lots more cool train shots too. Look what it did for Star Trek TNG and the new ' Galactica!