From 2009: For Day 3 of my DEGRASSI memories, I'll take a brief look at one of my favorite characters. Pat Mastroianni portrayed Joey Jeremiah on almost every incarnation of DEGRASSI. As a teen, Joey was a member of The Zit Remedy (along with his pals Snake and Wheels). Their one song "Everybody Wants Something" was prominently featured in many episodes of DEGRASSI HIGH. 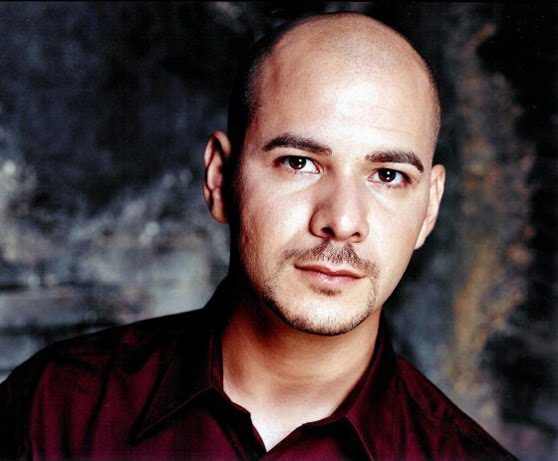 Joey returned to TV as an adult on DEGRASSI: THE NEXT GENERATION sporting a sexy shaved head and a smattering of facial hair. It war revealed that sometime after SCHOOL'S OUT Joey married a woman named Julia (the mother of bipolar musician Craig Manning), with whom he fathered a girl named Angela. Julia had died suddenly, leaving Joey a single dad (and available to reunite with Caitlin Ryan). 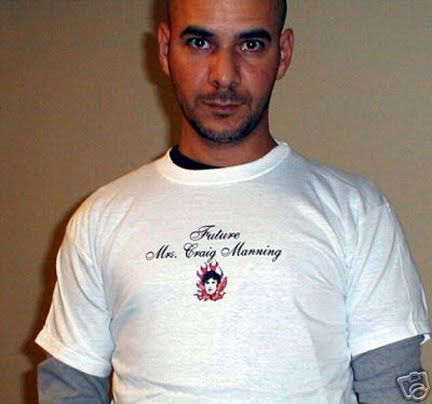 After dating Caitlin and a woman named Sidney. Longtime viewers had hoped that Joey and Caitlin would eventually tie the knot, but after Kevin Smith's infamous appearance on the series, Caitlin left Canada to further her career. Joey was eventually written out of the show after his stepson Craig left town to become a cokehead rockstar. For some sexy, dirty, reason Pat is pictured above wearing a tee-shirt proclaiming "Future Mrs. Craig Manning." Hmmm...

After Joey and Caitlin left DEGRASSI and the series focused more and more on the newer, younger cast members I became less interested. Finally ditching the show after the horrific DEGRASSI GOES HOLLYWOOD TV-movie. My memories of the original shows and the first years of the revival will keep this DEGRASSI addict happy for years to come. As Zit Remedy sang, "Everybody wants something, they never give up..."
Posted by Doug at 12:05 AM