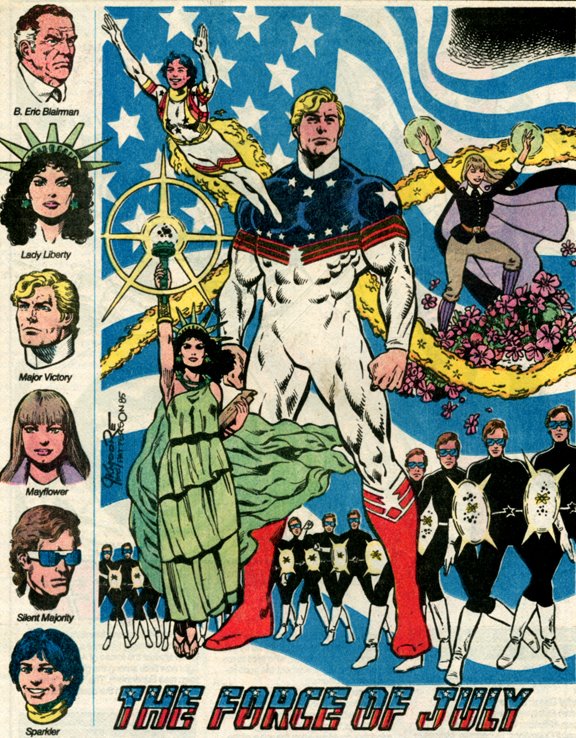 At the time, the Force of July was amusing, in context. It was 1984, so everyone was playing around with the irony/sarcasm of "evil government conspiracy disguised as benevolant patriotism". (Not that we shouldn't always be suspicious of the power system, mind you, but it was en vogue at that time.)
"(Batman and) the Outsiders" series had a lot of characters satirizing modern society, almost like a political cartoon. They also introduced "The Nuclear Family" (a sardonic version of the Beaver Cleaver ideal family) and the "Duke of Oil".