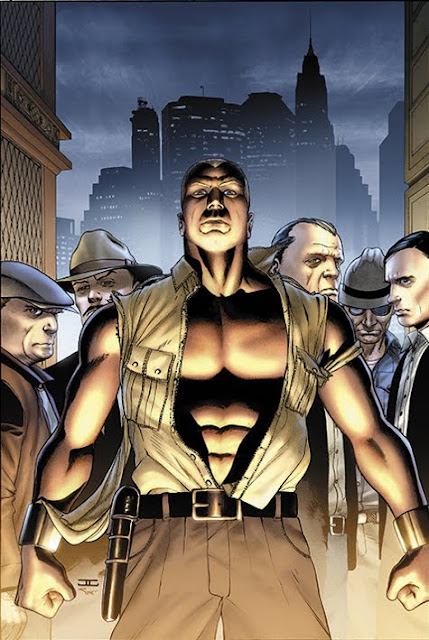 Back in April 2010, DC Comics was about to launch a new DOC SAVAGE comic book series. I asked my readers if they were wondering..."who is Doc Savage?" 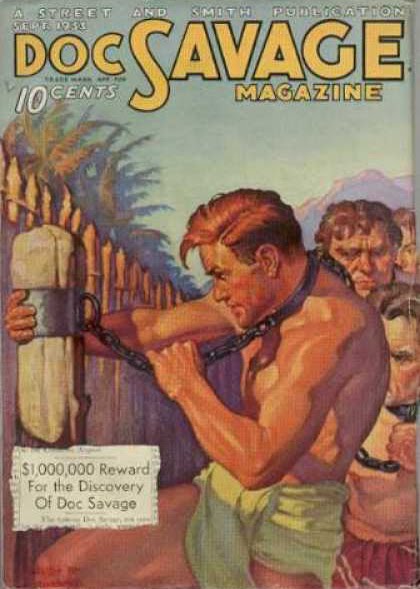 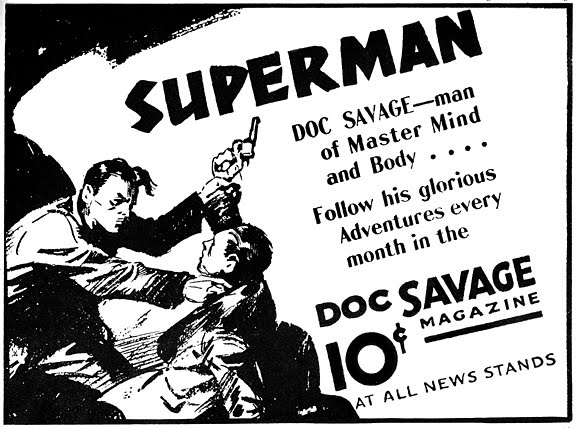 Doc has often been noted as being one of the possible inspirations that led Jerry Siegel and Joe Shuster to create Superman. 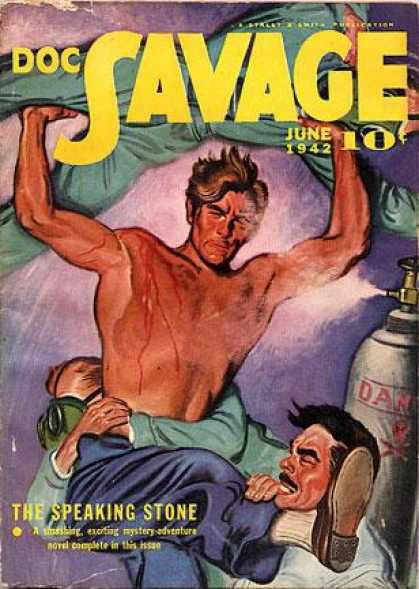 After all, Doc was called a "superman," his name was Clark, he was dubbed "the man of bronze" and he had a secret headquarters called The Fortress of Solitude. Coincidence? I think not, 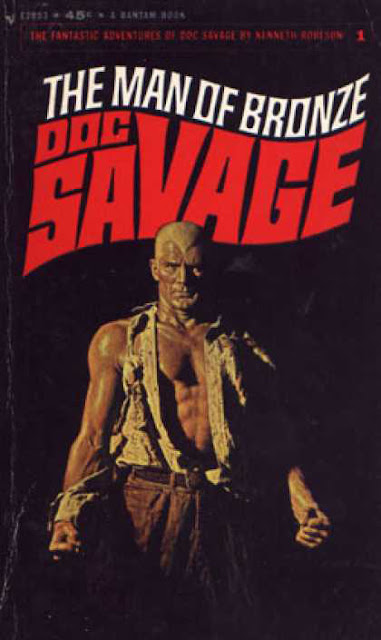 Unlike the last son of Krypton, Doc was an Earthling whose only "costume" was his khakis and torn off-white shirt. 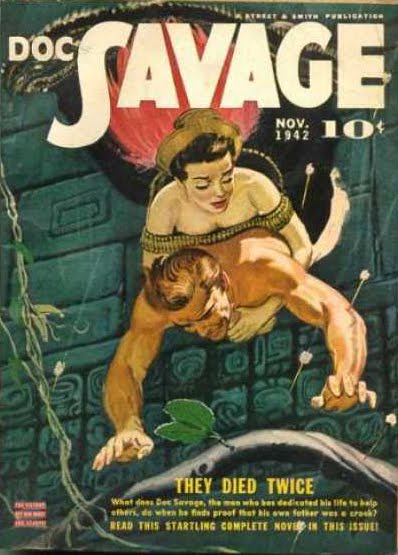 Doc somehow managed to always appear either shirtless or in a terribly mangled shirt that emphasized his bulging biceps. And sometimes Doc even appeared...well, you know... 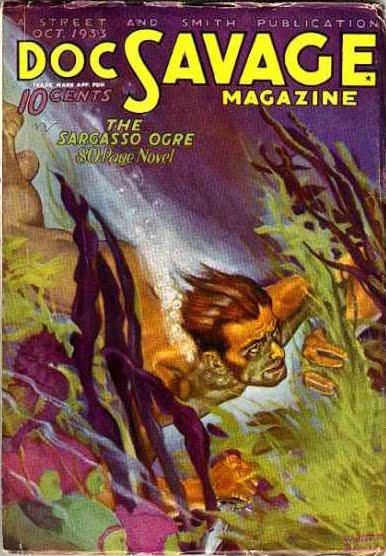 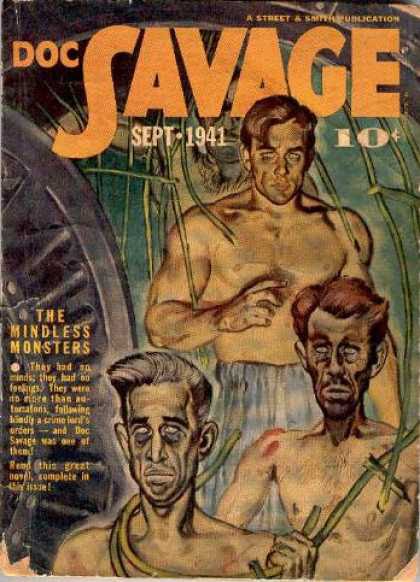 Things got a little creepy at times for Doc, 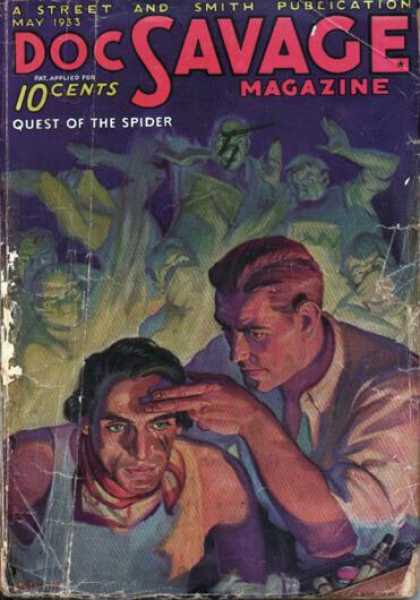 but this Savage always knew how to get his man. 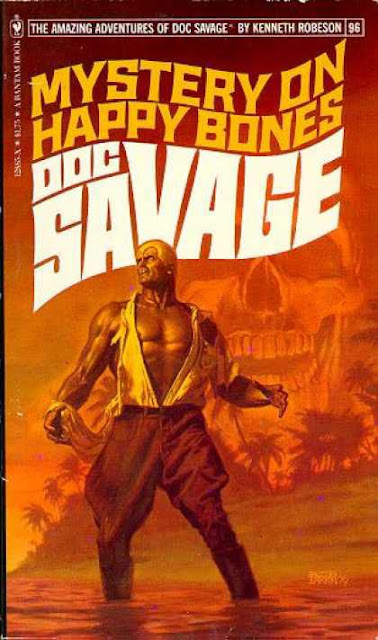 Mystery on Happy Bones? I'm not even touching that one! Come back tomorrow when I take a look at the swinging, sexy paperback novel covers that made Doc a sensation and pop culture icon all over again in the 1960s.
Posted by Doug at 12:01 AM