Today, I conclude my look at the history of Doc Savage, originally posted in April 2010. 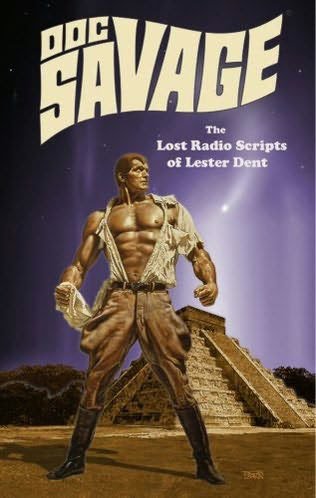 Doc Savage starred in 2 radio series during the pulp era. The first was a 15-minute serial which ran for 26 episodes in 1934. A second series aired in 1943. No tapes exist from either series, although some scripts have been collected. In 1985, NPR aired The Adventures of Doc Savage, as 13 half-hour episodes. 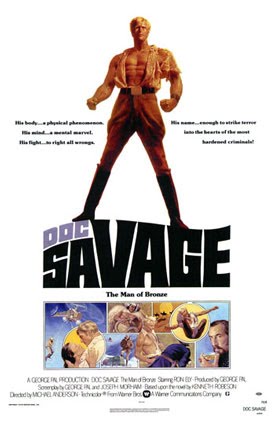 In 1975 Doc finally made it to the big screen in a campy Warner Bros. feature that owed more to the BATMAN TV show than James Bond. 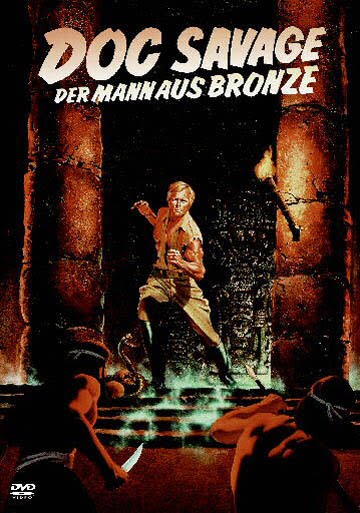 The film was released internationally and was supposed to launch a franchise, but it's lackluster performance put the kabosh on any hope of a sequel. 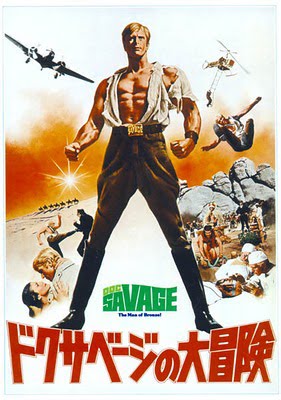 The posters were pretty sensational though. 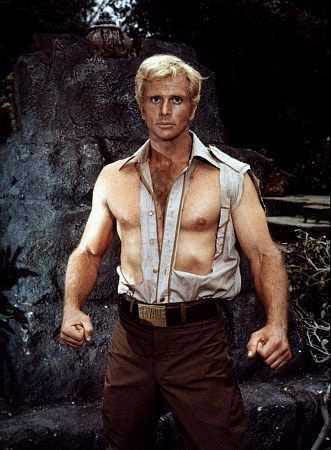 TV Tarzan (and future FACE THE MUSIC and MISS AMERICA PAGEANT host) Ron Ely was cast as The Man of Bronze. 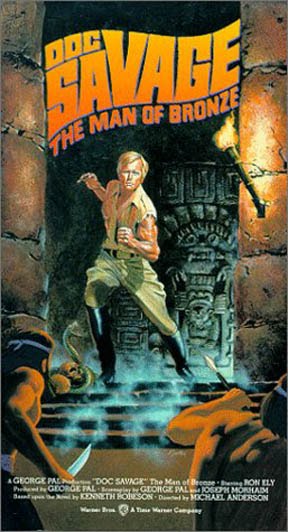 The film was released on VHS. 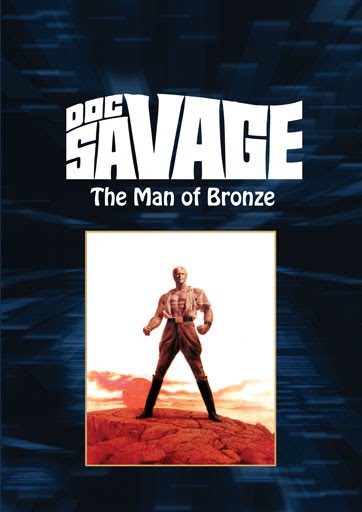 And was made available on DVD on demand through the Warner Archive Collection.

The movie is a mid-70s curiosity, as is the soundtrack by John Philip Sousa! 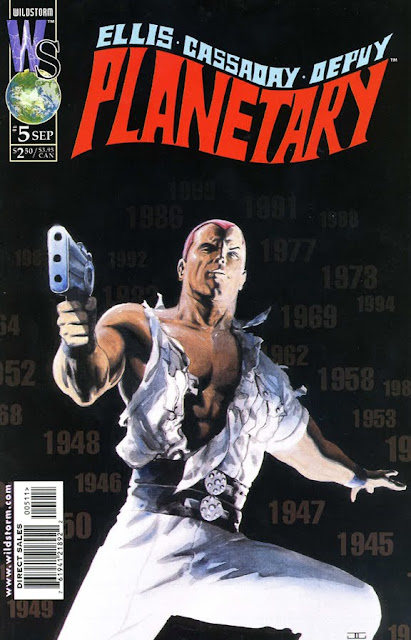 As an addendum to my look at Doc in comics, you may want to check out Wildstorm's brilliant PLANETARY series, which featured a thinly disguised homage to Savage named Alex Brass. That's all I've got on Doc, hopefully someone out there appreciated this exhaustive (and exhausting) look that the classic pulp character. I know I enjoyed pulling it all together!
Posted by Doug at 12:00 AM