YOR, HUNTER FROM THE FUTURE

Here's a timely re-post, as this film is now available on DVD via Columbia Classics by Request. 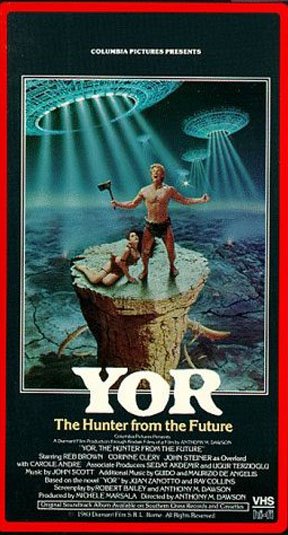 YOR, HUNTER FROM THE FUTURE (1983, directed by Antonio Margheriti aka Anthony M. Dawson) is a fantastical mess of a movie. It's kinda like CONAN THE BARBARIAN meets STAR WARS meets THE HERCULOIDS 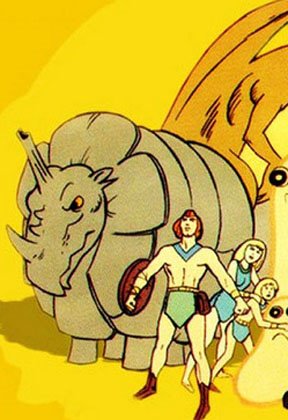 meets PLANET OF THE APES with a decidedly European touch. I had origianally watched it during the 2008 Christmas holidays, but because of all my Christmas posts, it fell onto the backburner. 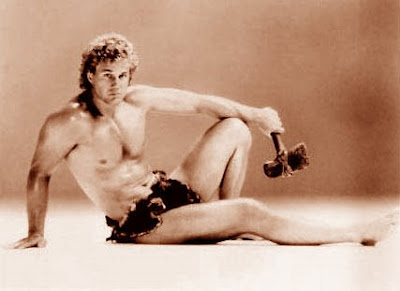 I'll try my best to recreate it for you. First of all, you can tell it's an instant classic when it opens with our hunky hero, strapping blonde Yor (Reb Brown, also known as TV's bulgerific CAPTAIN AMERICA) 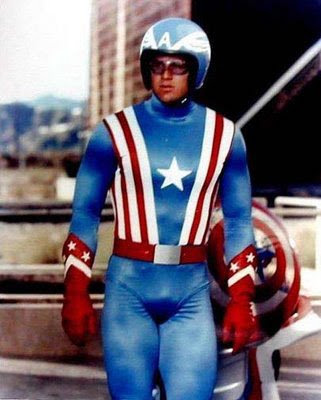 prancing and around in his loin-cloth with his big axe to his own super-cheesy theme song ... 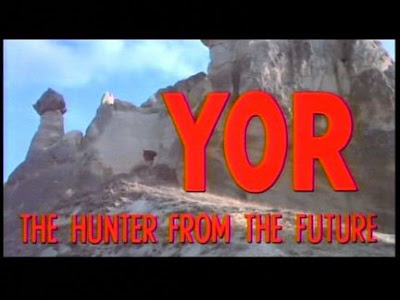 Soon we meet Ka-Laa the sexy, sultry cave-girl ("Yor's not like other men"), and her scraggly old pal Pag - who are searching for food, but are attacked by a paper mache triceratops. 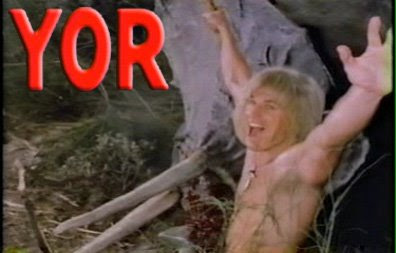 Lucky for them Yor suddenly appears and kills the creature with his trusty battle axe and drinks its blood because "drinking the blood of your enemy makes you stronger"!
Before too long, The Blue Ape-Man Group attacks the village, kidnapping Ka-Laa! 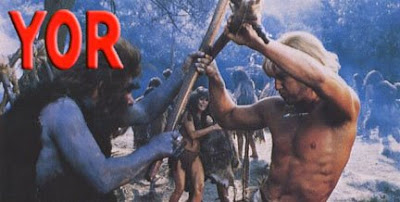 In order to rescue her, Yor uses his bow & arrow to kill a giant bat, using its carcass as hang glider. I kid you not.
After this, Yor decides to set out to find his roots with Ka-Laa and Pag tagging along. 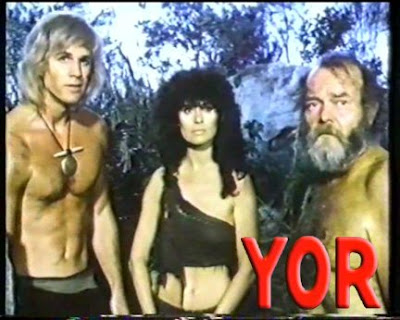 The trio soon encounter a band of desert mummies, and woman named Roa who possesses an medallion similar to one that Yor has. She must somehow be connected to him! Then there's some craziness involving Neanderthals and a paper mache dinosaur. Look at this cool Frank Frazetta-inspired poster (artist unknown)... 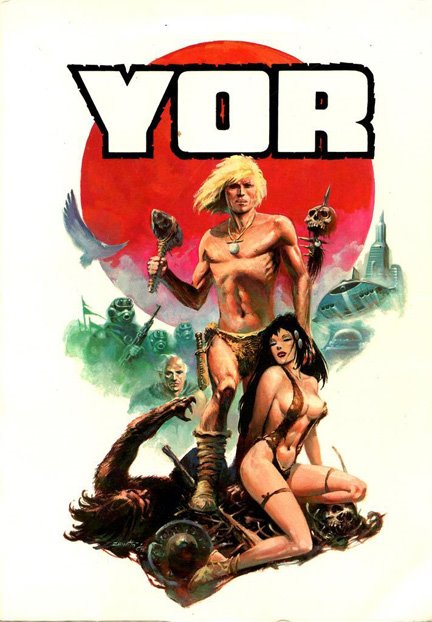 This leads Yor to a mysterious 'Island of Storms' where he learns that his parents were part of a tribe that survived a nuclear attack. Okay, I'll buy that. 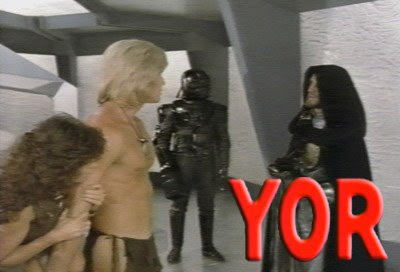 On the island, Yor and company encounter 'The Overlord' and his team of Darth Vader-wannabe robots, who capture Yor and then a giant laser battle ensues. Of course.
There's other stuff that happens too, only I can't remember it all and my notes are kinda fuzzy. If you're a YOR kinda person, you've probably already seen it and you could tell me more about it than I've told you. I do know that the film is actually edited together from a 4-hour TV miniseries. 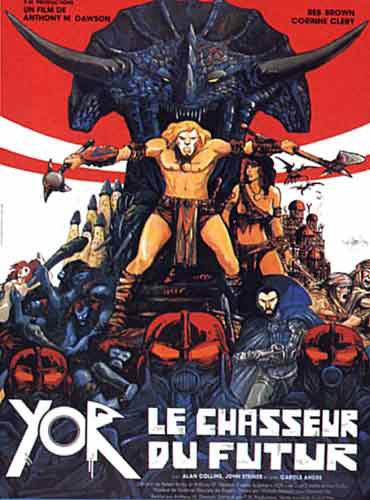 I could only imagine what they left out. Here's a website all about the film and it's director.
Posted by Doug at 12:01 AM

Wow Doug, you actually watched the entire movie? You owe me 6 minutes of my life just for watching the clips! LOL! Hey, this looks like a real stinker, do you think the studio was serious about this POS or was it tongue in cheek and Reb Brown was just some eye candy so you don't not the lack of production values? I feel dirty after watching it and not in a good way... Thanks for the awesome review, I hope your eyes aren't bleeding still (be careful, Yor might drink you blood!) I love that music when Yor is flying with the giant bat wing!

"I am Lothar of the Hill People!"

Well, I didn't make it all the way through the mind-numbing theme song, but I think with the sound turned down it might be worth a watch. Nearly-nekkid Reb Brown is some serious eye candy!

I'm also heading over to iOffer to track me down a copy of that Captain America movie. Yowza!

I had a real Reb Brown thing growing up.

There. I said it.

That hang-gliding bat scene hooked me. I'll have to "hunt" this film down.