Because you can never get enough of people telling you what THEY like best, here's my second annual Top Ten TV Shows list. 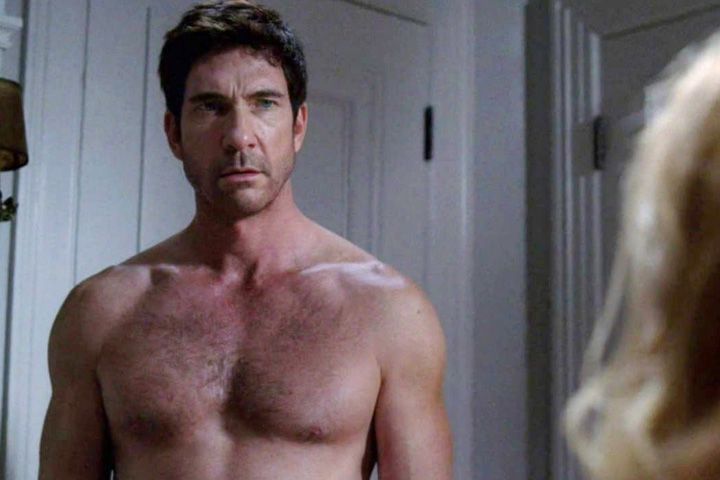 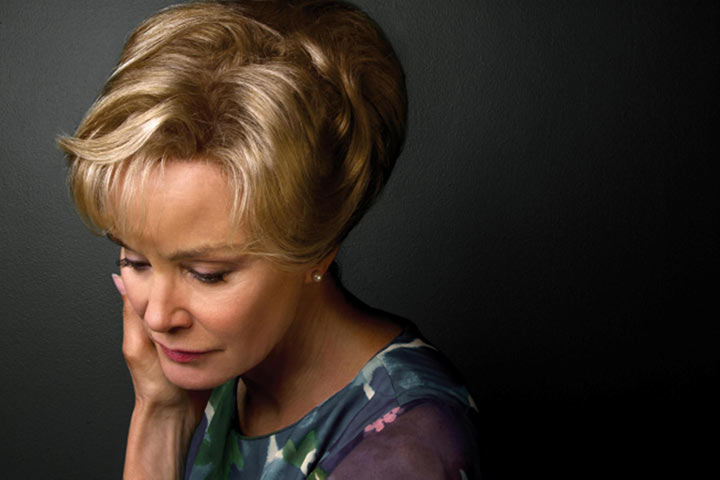 While the men (Dylan McDermott, Zachary Quinto, Evan Peters) were pretty to look at, it was the women (Connie Britton, Frances Conroy, Kate Mara, Jamie Brewer and the force of nature that is Jessica Lange) that made this exploration of urban legends and unsolved Hollywood mysteries must-see TV. 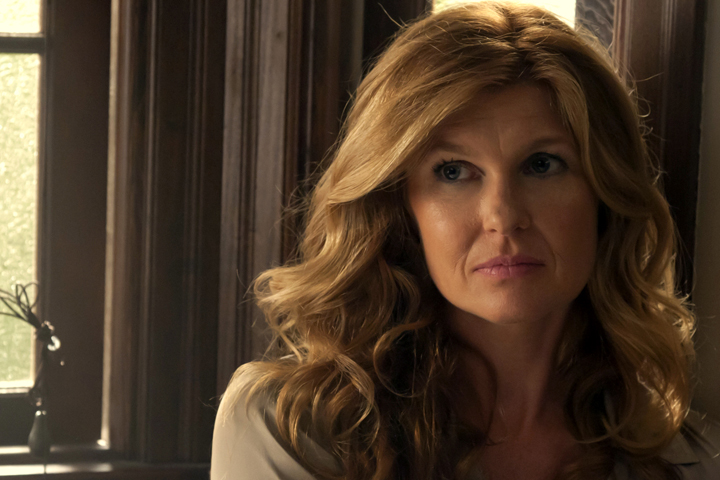 While the season finale was a bit disappointing, overall the show kept me guessing and laughing-out-loud all season long.

2) DOWNTON ABBEY (PBS, Sundays 9PM) - A touch of class, this British import showed us how great TV can be done. A sumptuous soap in the grand tradition of the original UPSTAIRS, DOWNSTAIRS and Robert Altman's GOSFORD PARK. A fine cast and a lush soundtrack made this MASTERPIECE an instant classic. Looking forward to season 2. 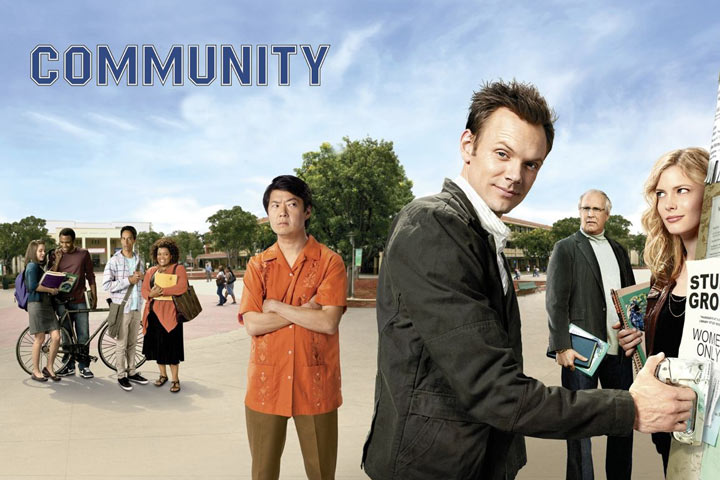 3) COMMUNITY (NBC, Thursdays 8PM) - The funniest, smartest, most original and lowest rated sitcom on NBC's Thursday night schedule. Season 3 is turning out to be even more brilliant than the previous two. The cast is more lovable than ever, (and who would have thought that I've ever say that about Chevy Chase?) The show is about to go on on hiatus…and I can't imagine how lonely Thursday nights will be without Jeff, Britta, Troy, Abed, Annie, Shirley, Dean Pelton, Señor Chang and yes Chevy Chase's Pierce. Hoping that there will be a season 4. 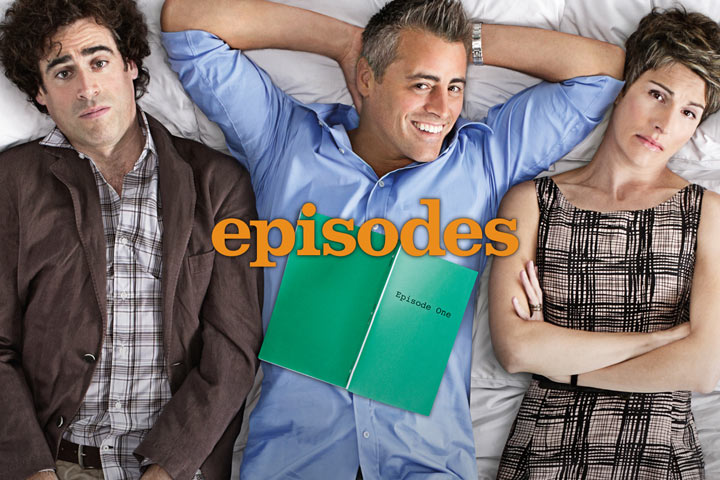 4) EPISODES (Showtime, Sundays 9:30PM) - Anyone who's ever taken a meeting with studio or network "suits" can relate to this hysterical and realistic look at how a great British series gets reworked into a dreadful Matt LeBlanc sitcom. Stephen Mangan and Tamsin Greig are painfully wonderful as Sean and Beverly Lincoln, whose "baby" (Lyman’s Boys) gets transformed into something called Pucks. Mircea Monroe is brilliant as network "yes woman" Morning Randolph and John Pankow is terrific as her slimy boss Merc Lapidus. Oh, yeah that guy playing Matt LeBlanc nails it. 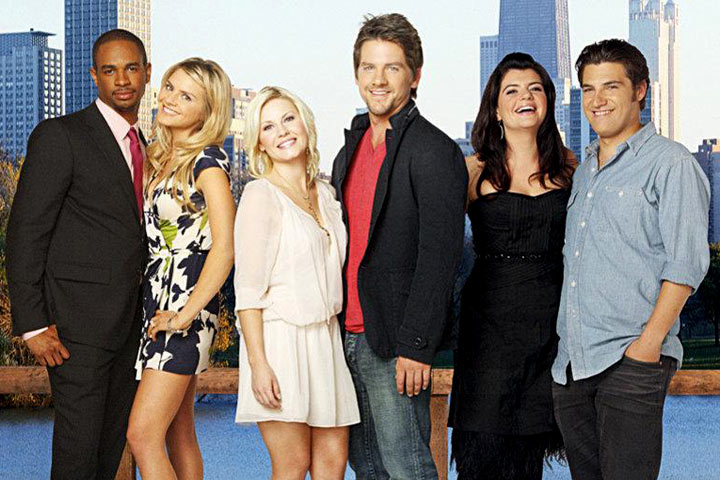 5) HAPPY ENDINGS (ABC, Wednesdays 9:30PM) - Finally, a show that takes the FRIENDS concept to the next level and makes it work. Eliza Coupe is Jane, a control-freak and perfectionist. Jane is married to Brad (the super-sexy Damon Wayans, Jr.), her loyal husband. Brad's best friends are food truck operator Dave (Zachary Knighton ) - who used to be engaged to Jane's sister Alex - and Max (Adam Pally), the best, most realistic gay character EVER on TV. Max is sarcastic, unkempt and constantly unemployed. A far cry from cliched gay characters on shows like MODERN FAMILY and GLEE. Alex (Elisha Cuthbert) owns and operates a boutique called Xela ("Alex" backwards) and is roommates with desperate and single Penny (the awesome breakout Casey Wilson). A standout on ABC's otherwise dull line-up. 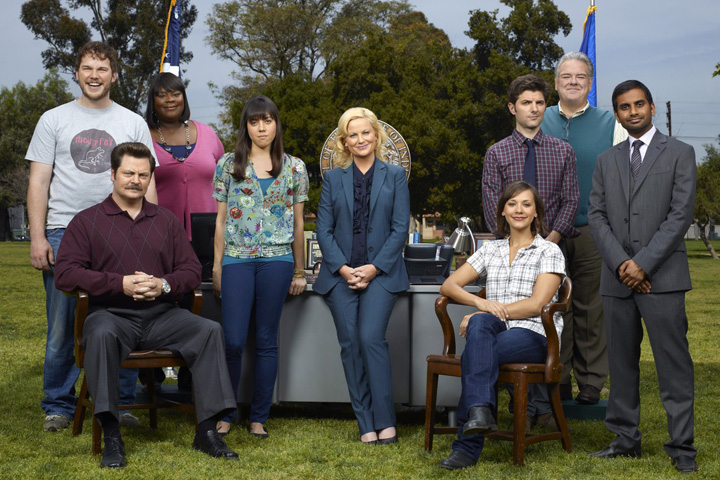 6) PARKS & RECREATION (NBC, Thursdays 8:30PM) - A show which gets better every time you watch it. At first a poor clone of THE OFFICE, the show has now evolved into something greater. Amy Poehler leads a great ensemble that includes standouts Aziz Ansari, Nick Offerman, Aubrey Plaza, Rashida Jones, Chris Pratt, Retta, Jim O'Heir and Adam Scott. Stunt-casting Rob Lowe during season 2 didn't really add anything to the show, but didn't detract either. Who would have thought that small city government would make an interesting and hysterical series? Not I. 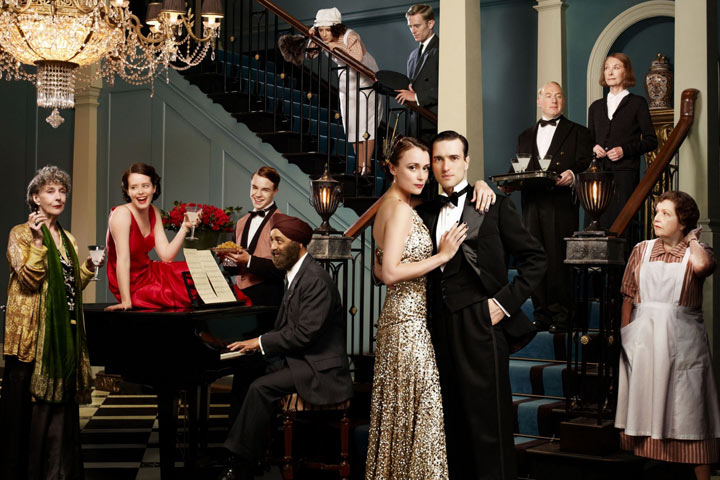 7) UPSTAIRS, DOWNSTAIRS (PBS, Sundays 9PM) - The grandaddy of British class-war soaps was back with Jean Marsh recreating her role of Rose Buck, as a new family moves into 165 Eaton Place. Overshadowed by the much grander DOWNTON ABBEY, this three-part revival was a wonderful effort and long overdue. For more on the history of UPSTAIRS, DOWNSTAIRS go here. 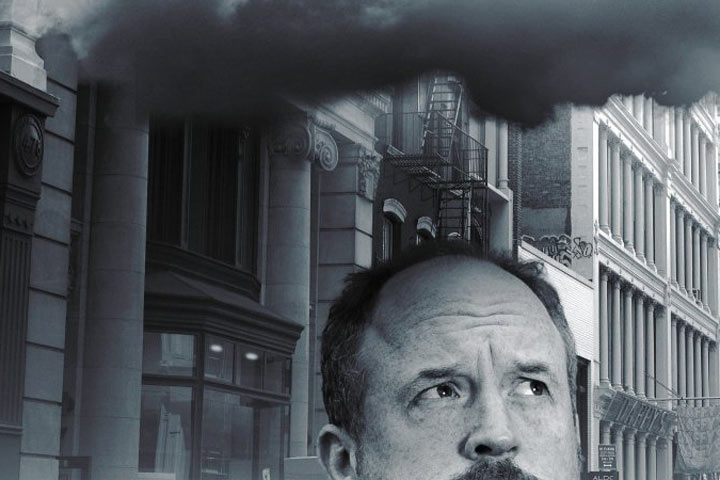 8) LOUIE (FX, Thursdays 10PM) - Stand-up genius Louis CK writes, directs, edits and produces the saddest. most depressing sitcom ever. The storylines are dark, the situations awkward and you can't help but feel uncomfortable watching, but the show almost always manages to make me laugh out loud. 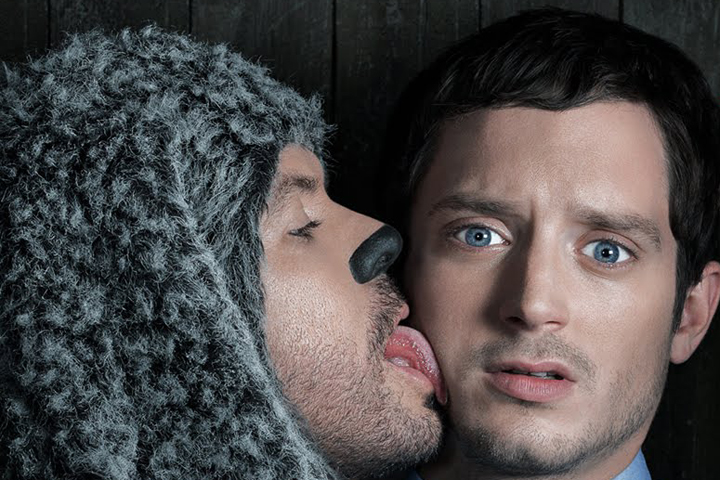 9) WILFRED (FX, Thursdays 10:30PM) - If my dogs could talk, they would be Wilfred. Based on an Australian series, Elijah Wood stars as Ryan, a suicidal mess who befriends his neighbor's mischievous mutt (Jason Gann, reprising his Aussie role). Wilfred smokes cigarettes and pot, drinks beer, eats human food, and is a bad influence on Ryan. The show is absurd, distasteful and wickedly funny. 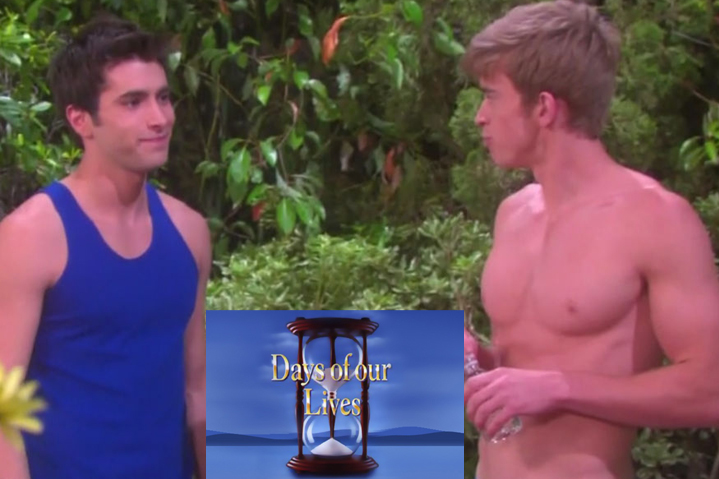 10) DAYS OF OUR LIVES (NBC, Weekdays 1PM) - I know. I'm crazy. I grew up watching DOOL in the 70s and 80s. I watched it sporadically in the 90s and 2000s, and somehow found my way back to Salem in 2011. While GUIDING LIGHT, AS THE WORLD TURNS, ALL MY CHILDREN and soon ONE LIFE TO LIVE have all called it quits - DAYS has been revitalized by returning to its roots: bringing back beloved characters and actors and finally welcoming a gay storyline. While it may not be Shakespeare, this show has survived convoluted continuity, demonic possession and a dreadful year where every major character was "killed" and transported to another dimension. With only three other daytime soaps left (GENERAL HOSPITAL on ABC, YOUNG & THE RESTLESS and BOLD & THE BEAUTIFUL on CBS), DAYS' days may be numbered, but I'm hoping it pulls through.
Missing from 2011's group are MAD MEN (no new episodes), IT'S ALWAYS SUNNY IN PHILADELPHIA (a very uneven season), BETTER OFF TED (sadly, cancelled), NURSE JACKIE (a concept that has run it's course), WEEDS (why is this still on?), HOT IN CLEVELAND (novelty has worn thin), ARCHER (novelty has worn VERY thin) and clip shows (THE DISH and INFOMANIA are gone, TOSH.0 has become torture porn, CHELSEA LATELY, THE SOUP and FASHION POLICE are still good background while blogging). There are also shows that I had high hopes for (PLAYBOY CLUB, PAN AM) that never took off, some shows I missed the boat on (REVENGE, BOARDWALK EMPIRE, RAISING HOPE) and "good" shows that I have no interest in (HOMELAND, JUSTIFIED, BREAKING BAD, SONS OF ANARCHY). Then there are the overrated shows (MODERN FAMILY, GLEE) and "reality" tv (no comment). Once again, CBS is suspiciously absent. This is my list and I'm sticking to it!
Posted by Doug at 12:01 AM

Nice line up Doug! I never caught "Episodes" and missed out on "Upstairs, Downstairs". Giggled my head off over the Christmas episode of Community! And YES loved me some "American Horror Story"!

There are so many tropes in American Horror Story that it shouldn't work, and yet it does. The acting and directing are compelling and the mythos-building keeps me intrigued.