Today is the 50th Anniversary of ANOTHER WORLD, that soap that I followed for most of it's 35 year run on NBC. Today I present several romance novels inspired by the series. 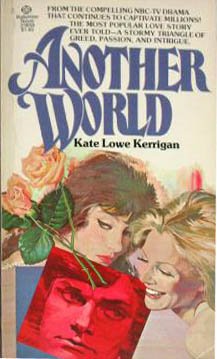 The first, Another World by Kate Lowe Kerrigan was published in 1978. With an amazing new logo and wonderful cover art, this novelization was successfuil enough to spawn a sequel. 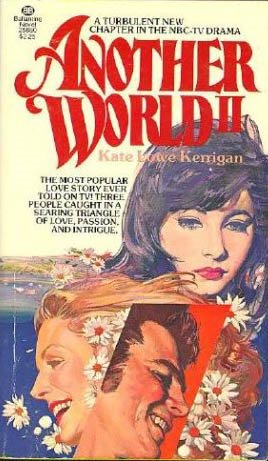 Published later that same year, Another World II picked up right from where the first ended. It went back to press with a new cover for it's second printing. 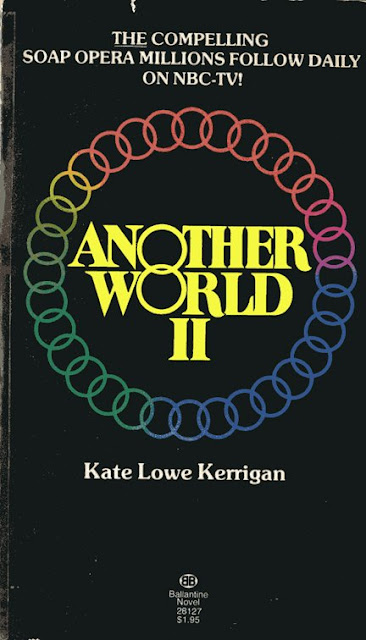 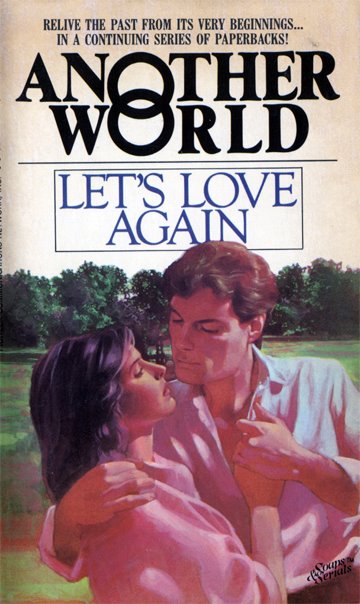 In 1986, a line of novels called Soaps & Serials was launched and Another World was included in the line-up. The 14-book series adapted storylines from 1967 to 1976. Each book had it's own subtitle. 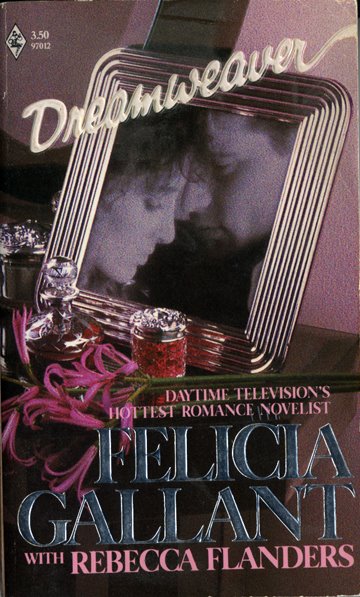 When Felicia Gallant came to Bay City - she brought her history of being a romance novelist along with her. Among her fictional titles were the classics : The Bride of Bombay, Doctor's Desire, Ebony Heartbeat, Embers in the Snow, Fallen Females, Gardenias for Gwendolyn, Gone with the Dawn, The Heart That Heals, Into the Fire, The Lady and the Laborer, Lust in the Kremlin, The Manly Heart, Moonlight Desires, Paradise Delayed, Passion's Progress, Savage Love, Torrid Tundra Nights and White Snow in Hell.  In the real world, actress Linda Dano teamed with writer Rebecca Flanders to create Dreamweaver, a Harlequin Romance. A novel idea!
Posted by Doug at 10:45 AM

I'm loving your tribute to "Another World", Doug! I even wrote one myself today in honor of its birthday.

I treasure my copy of "Dreamweaver!"