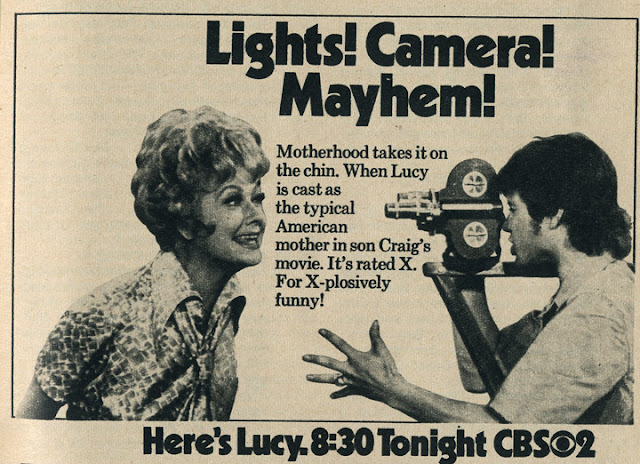 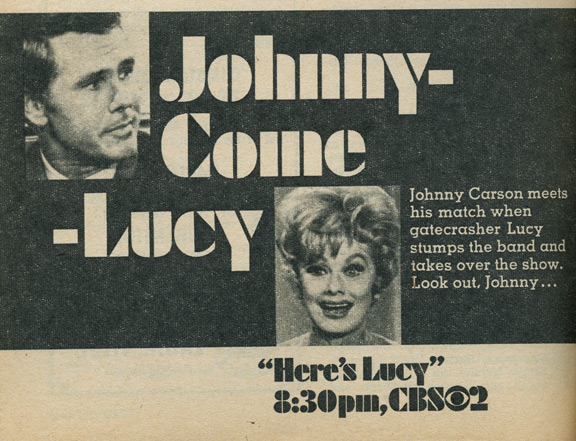 This second ad is mostly great because of the font known as Braggadocio. This stencil-based type style was introduced in the 1930s, but made a big resurgence in the late 1960s and early 1970s. As a child I often practiced drawing this font, most notably due to my obsession with the Motown "M". 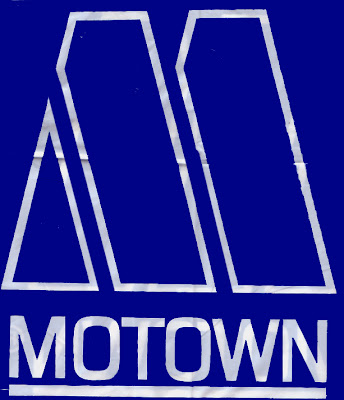 Wow. Can't believe I just linked Lucy with Motown. Sort of. Back to the ad: guest Johnny Carson jumps networks to appear as himself on HERE'S LUCY. I think that was a rarity back then. In the days of the "big three" networks there were celebrities who were loyal to certain networks - only appearing on that particular one. Bob Hope and Johnny Carson on NBC, Lucy and Carol Burnett on CBS, Dick Clark and Dick Cavett on ABC. Over the years this changed, but usually when someone guest starred on a sitcom, it was someone who was appearing on that very same network. I'm sure someone out there will write to me proving me wrong, but that's how I remember it. There you have it - porn, Motown and fonts. Happy birthday, Lucy!
Posted by Doug at 12:01 AM