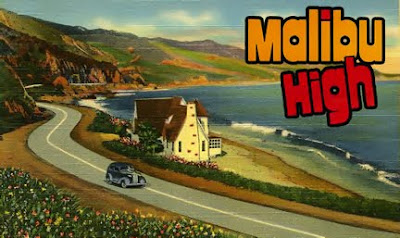 Back in 2009, I had wanted to watch a breezy comedy for a cool summer night, so I decided to pop in MALIBU HIGH (1979, directed by Irv Berwick) - what could be more light and airy than a California & surf flick from the late 1970s? After all–just look at the poster! 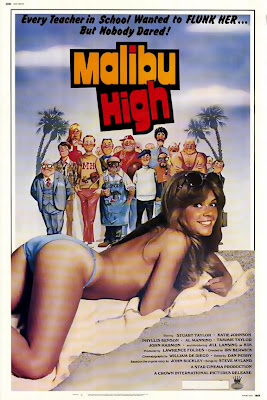 Well, MALIBU HIGH was not what I had expected. 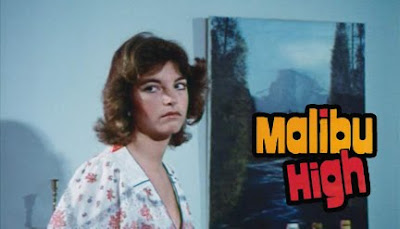 The film centers on 30 year old Malibu High school senior Kim Bentley, the crankiest, most mean-spirited, chain-smoking, free-loading and often topless best friend anyone could ever have.

Kim is nasty to her mother, cruel to her schoolmates, bitchy to her best friend/chauffer Lucy, obnoxious to her teachers and just downright loathsome. She refers her ex's new spoiled rich girlfriend Annette as "a piece of shit".

In true John Waters' fashion, every line of dialogue out of actress Jill Lansing's mouth seems to be yelled at another character. And this plucky heroine is who the viewer is supposed to identify with?

Oh, by the way, for some unknown reason, the electronic music from the 1970s version of the PBS logo is used to bridge scenes throughout the film. Honestly, was it free?

After a wild dance party at Jerry's Disco and Mexican Restaurant, 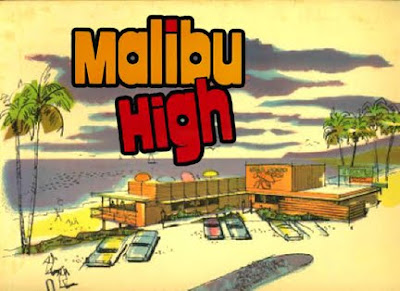 Kim decides to take control of her life (and make her ex-boyfriend Kevin jealous) by becoming gainfully employed by Tony, the local pimp and weed dealer. 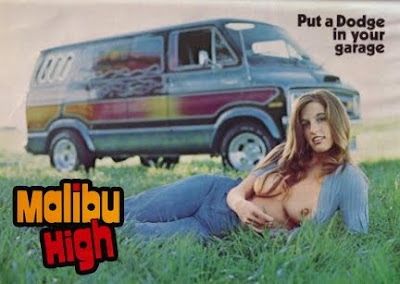 So Kim starts screwing all the Malibu locals in the back of a van for $$$ while pledging to improve her school grades. She accomplishes this by having sex with all her teachers in exchange for better marks.

Why not? In possibly some of the un-sexiest sex scenes ever filmed, Kim goes to town - and it's all about bad tanlines, hairy moles, rashes and back hair.

In attempt to go "big time," she soon hooks up with a more experienced pimp, Lance.

Only Lance doesn't want her to just fuck people, he wants her to kill them–starting with Tony. Will she do it? What do you think? 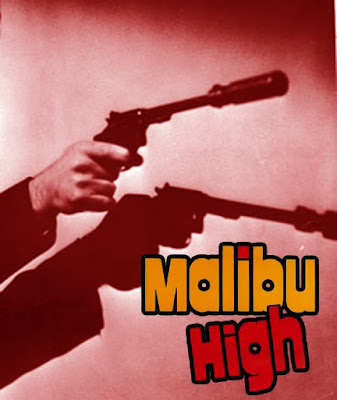 Yeah, that's right, high school student by day - killer hooker by night! I told you this movie was no walk on the beach. It gets very dark, that you even forget that it's supposed to be set in sunny Malibu.

Just to remind you of the locale, it all ends with a giant chase scene on the beach that is accompanied by the long-version of THE PEOPLE'S COURT theme song. I guess it was public domain?
What a strange, awful little film. Not a comedy, but unintentionally funny because its so poorly executed. I wonder why it was marketed as a fluffy sex romp, when its clearly a violent psychological thriller. In any case, it's a worth a look just because it's so bizarre. I'll give it a 6.5 outta ten.
Posted by Doug at 12:10 AM

Wow...I've never given this one of the time of day...but I'm definitely intrigued now. What happened to movies like this??
-Billy