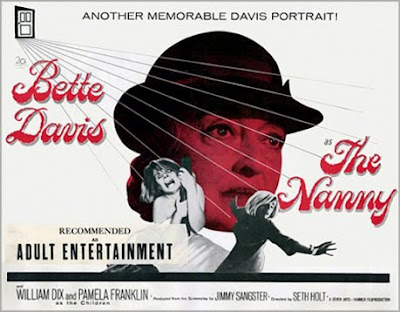 On the heels of MARY POPPINS, the legendary Bette Davis stars in this tame, but twisted tale out of England's Hammer House of Horror based on a novel by Evelyn Piper (who also wrote the harrowing BUNNY LAKE IS MISSING). 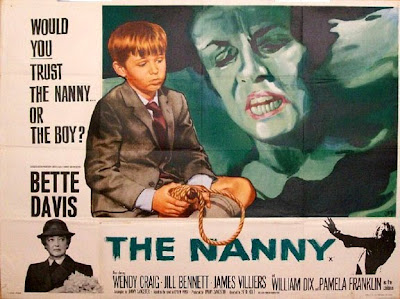 THE NANNY (1965, directed by Seth Holt) is a spooky little chiller that casts Miss Davis as dutiful, dowdy and subdued domestic in a proper household with a deadly secret. Joey (the captivating William Dix), a precocious 10-year-old has just been released from an psychiatric institution and we are told he has developed "a strange aversion to middle-aged females." 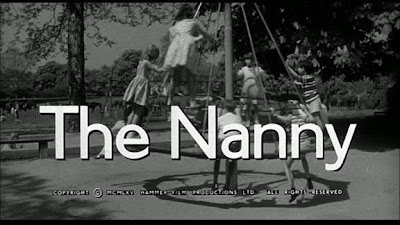 From the start Nanny and Joey engage in a wonderfully wicked cat and mouse game. Everything Nanny does to make his return home comfortable is rejected by the bratty, troubled youngster and we feel the pain in Bette Davis' eyes. 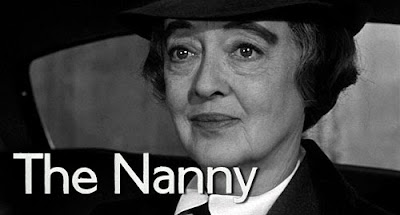 The boy's neurotic mother Virginia (the great Wendy Craig, who later starred in the classic Britcom BUTTERFLIES) is on the verge of a nervous breakdown for the past two years, after the drowning death of her adorable toddler daughter Susie (seen in flashbacks). 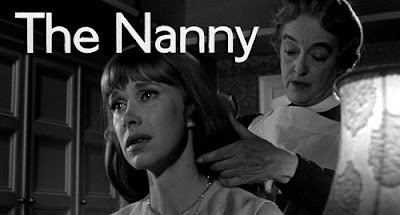 To top things off, visiting Aunt Penelope (the wonderful Jill Bennett) has a heart condition, so Nanny tries not to ruffle any feathers despite Joey's increasingly hostile antics. 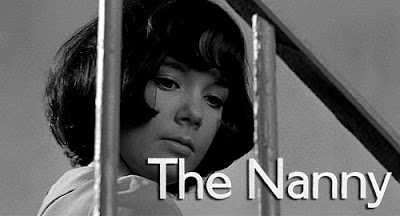 You see, Joey is convinced that Nanny wants to murder him, and suspects that she is responsible for drowning his sister, the reason for him being sent away in the first place. Everyone believes that Joey was culprit. 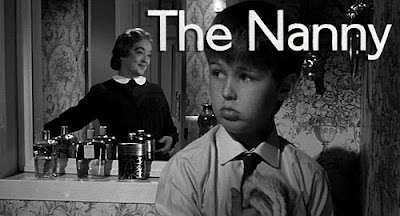 So Joey goes on a hunger strike, refusing to eat any of the food that Nanny prepares for him. He even refuses to bathe unless Virginia makes Nanny promise to stay away from the bathroom. Boys. 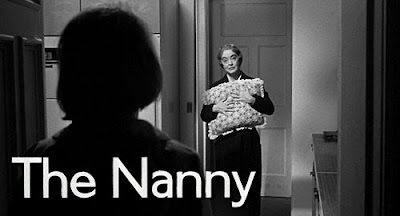 With Joey's dad (the serviceable James Villiers) often away on business, he befriends a sassy upstairs neighbor Bobbie (the charming Pamela Franklin), a mod teen-ager who becomes both confidante and accomplice in pranks he plays on Nanny - like drowning a baby doll in the bat tub. 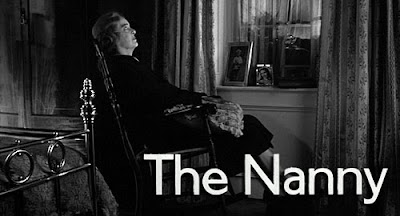 The suspense builds steadily as we learn the back story of Susie's death and we wonder who's version is more accurate–prankster Joey's or dedicated Nanny's. When Virginia is suddenly stricken with food poisoning and hospitalized, delicate flower Aunt Pen comes to stay in the house for the evening and slowly grows suspicious of Nanny's actions. 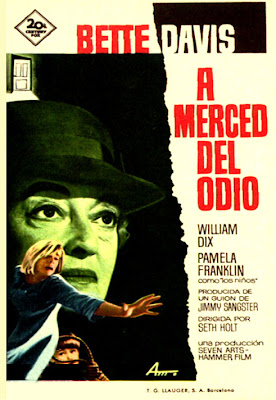 Flashbacks recount what actually happened the night Susie died and reveal a shocking secret from Nanny's past leading up to the startling climax where all is revealed. Slight spolier - a visit to an abortion doctor plays into the reveal! 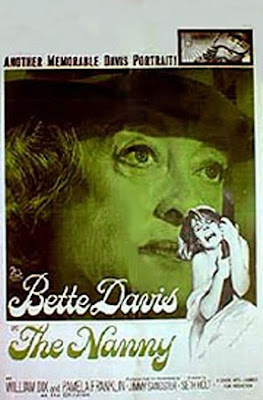 I loved this film. The creepy atmosphere, the wonderful acting and Davis' remarkably restraint performance make it a sheer pleasure to watch. Though it was slow paced, I didn't want it to end. The world that director Holt created was such a fun place to visit.
The scenes with Nanny and Joey are so well acted, you wonder if Davis and the youngster got along at all on set. I give this one a big 10 outta 10.
Posted by Doug at 10:35 AM