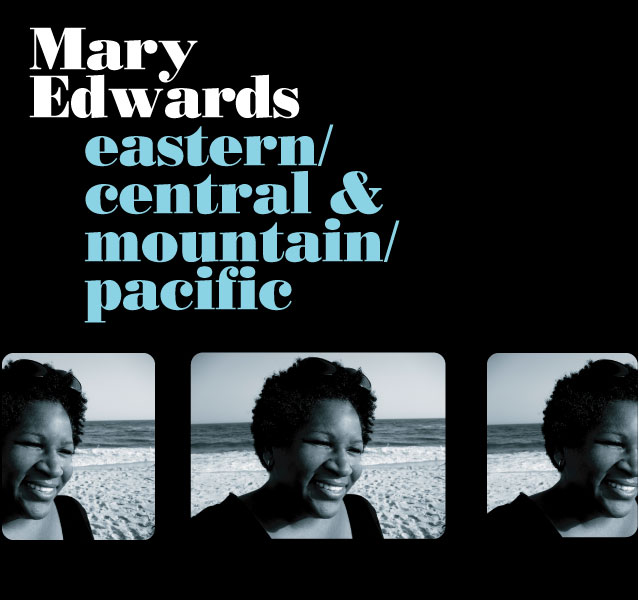 I really haven't had the chance to do much blogging lately, but when my talented friend Mary Edwards sent me the link to her new album, Eastern/Central & Mountain/Pacific, I knew I just had to tell the world about it. This musical trip through time sounds and feel like it was made just for me - and I know some (if not all) of my readers will feel the same way. Let's take a look at it song by song.

The opening track, Time and I just sweeps you away to a luscious stoned soul picnic where echoes of The Fifth Dimension and Swing Out Sister drown out all the noise of the surrounding madworld and set the tone for the rest of the addictive playlist.

The Girl Who KnewTomorrow is the theme from that lost Susan Dey ABC Movie of the Week she did after The Partridge Family, but before L.A. Law. You know the one where she's a college student with ESP who falls for a married professor played by Ted Bessell? Set the dvr for that one.

Bouleversant invokes a warm spring day at an outdoor cafe, where everything should be perfect, but something is very wrong. Melancholia sets in as memories of a love lost overwhelm the mood, but not enough to spoil the day.

Eventual World is, of course, the theme song from Karen Valentine's Room 222 spin-off that follows Alice Johnson to San Francisco as she takes a job as an legal assistant at a Union Square-based law firm. Co-starring David Hartman, Barbara McNair and a young Robert Urich. God, I loved that show. All 13 episodes.

Neil Simon's Daydream Window was a TV-move that adapted his little-known play and starred Barbara Harris as a disillusioned divorcee and Jack Klugman as her TV-producer ex-husband. Turns out Jack was creating a sitcom based on their divorce, and Barbara hires lawyer Tony Roberts to stop him! Look for Robert Guillaume in a breakout performance as Roberts' best friend.

Low Soft Shoulder takes me away to a sultry Southern night, minus the Glen Campbell, thank you.

Close Up brings back visions of Burt Bacharach and Angie Dickinson sipping Martini & Rossi on the rocks. Say "yes".

And lastly, Something in the Sunshine is the gorgeous closing theme to the Dusty Springfield Variety Hour with this week's guests The Carpenters, Laura Nyro, Herb Alpert and Mary Edwards.

I hope these images help you feel the way I do about Mary and her beautiful music. Visit Ms. Edwards on Facebook as well.